3 Important Lessons that Don Draper Should Not Have Forgotten

3 Important Lessons that Don Draper Should Not Have Forgotten

Now that we already discussed what key marketing lessons the TV show Game of Thrones can teach us, we would like to discuss in the article below about another great TV cult show and the lessons that can be learnt from it by any marketer: Mad Men.

Set in the 1960’s of the New York advertising scene, it follows the professional and personal life of Don Draper, a creative director at one of top NY’s advertising agencies. Don is a twisted character, who is battling past demons while trying to keep it all together. The latest season has depicted some particular low points for the character, and the experiences he went through can make great lessons for any kind of agency.

Mad Men has always been a daring and innovative TV show, and that is reflected on its promotion means as well. The character of Don Draper is crucial to the series. The most known channel for promotion is created by ban: the Tumblr #draping blog - http://draping.tumblr.com/ - where fans post pictures of themselves imitating Don Draper. This is another example of user generated content regarding his character: http://whatwoulddondraperdo.tumblr.com/. The show capitalizes on the popularity of the main actor, Jon Hamm, as well. 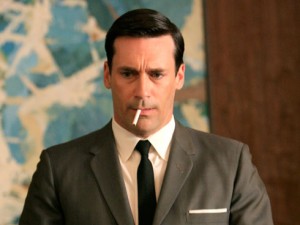 Even though the times have changed a great deal from the period depicted in the series ( We recommend you check out this interesting infographic as well: http://visual.ly/mad-men-vs-marketers-how-art-influence-has-evolved), there are still valuable lessons that we can learn. Here are some particular points Don Draper should have kept in mind:

At the end of this string of mishaps, Don Draper was asked to take a forced leave with no return date, which is the closest to a partner being fired. What do you think of these lessons? In my opinion, in addition to the ones described above, perhaps the most important lesson is a quote by Don Draper: “If you don’t like what is being said, change the conversation.”

Leaving behind 2018, it’s time to acknowledge the significant shift that will occur in the recruiting landscape in[...]

From working on hundreds of campaigns for our clients, we’ve noticed that most of them see telemarketing as an isolated[...]